From past few days we are getting a number of queries from people regarding on how to reach Bir Billing from Delhi.

So today’s article is going to deliver you a complete insight on the topic “Delhi to Bir Billing”.

So without further waiting lets discover the awesome content below.

Let us first tell you that actually the Bir and Billing are two different places. Bir is a collection of several hamlets and villages and is divided into two parts: Lower Bir and Uppper Bir.

The main village of the Bir is reffered to as “Bir Proper”. The heart of the village is the Bir main market, a market place with a few shops and a tea factory.

The two major attractions in Bir that are known to the tourists are “Chaugan(Tibetan Colony)” and “Billing(take-off site)”. The term “Bir” seems to be bit confusing now.

Don’t worry, just understand that Bir is a constellation of several small villages and hamlets. Billing is one of the part of Bir that has gained popularity among people. 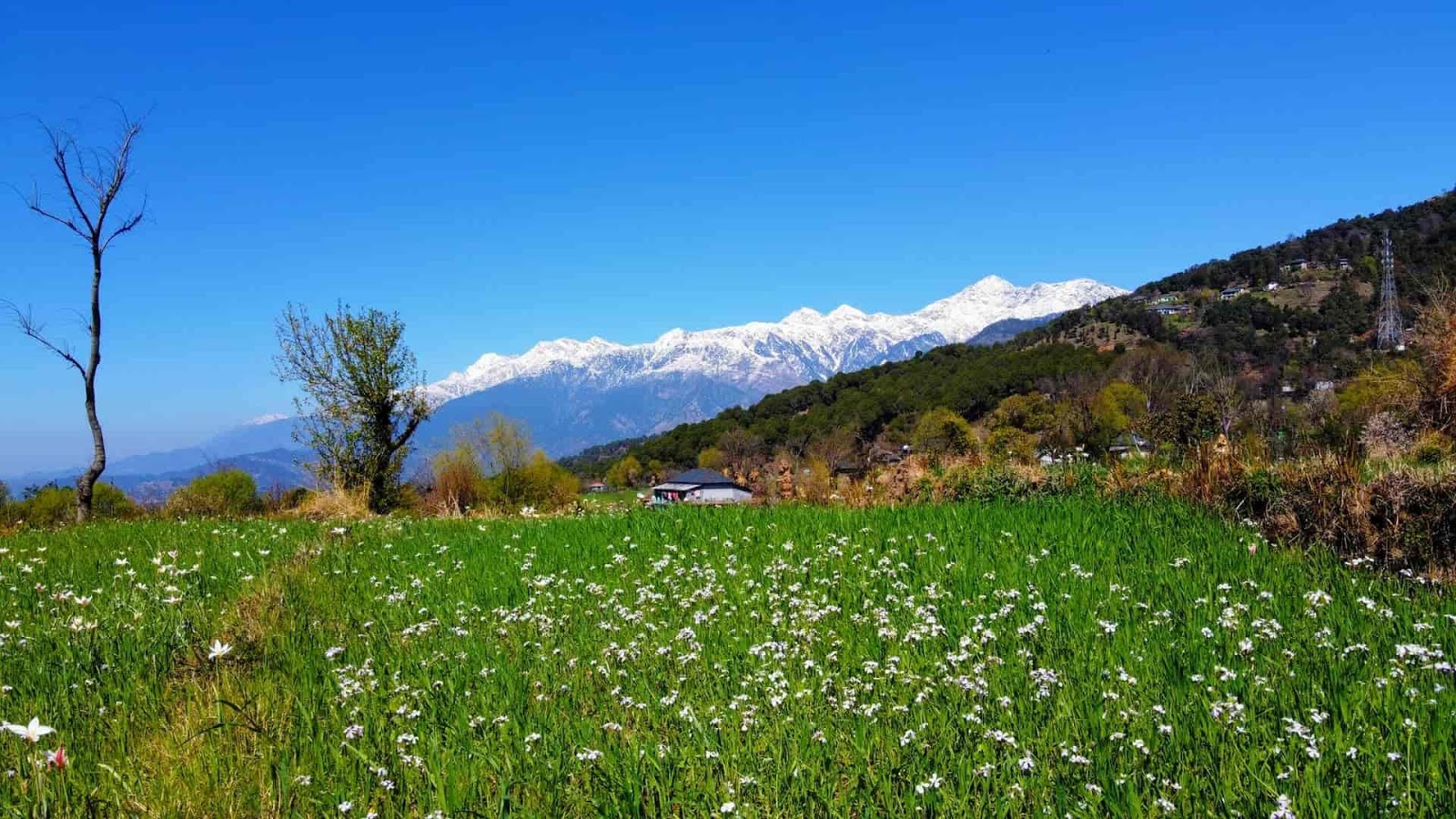 So now let’s talk about the Bir Valley.

Bir is a quaint type of hill station located in the foothills of the Dhauladhar mountain range. Bir is located in the Kangra Valley of Himachal Pradesh and is near about 65km from Dharamshala. The Bir Valley holds enormous opportunities for both the adventure junkies and nature lovers.

As described above, the Billing is specifically famous as “Bir Billing” among tourists. The combined term Bir-Billing refers to the take-off site, i.e. Billing itself.

So, when the word Bir Billing is used, think of it as Billing. So now lets discover about Billing and why one should visit Bir Billing. 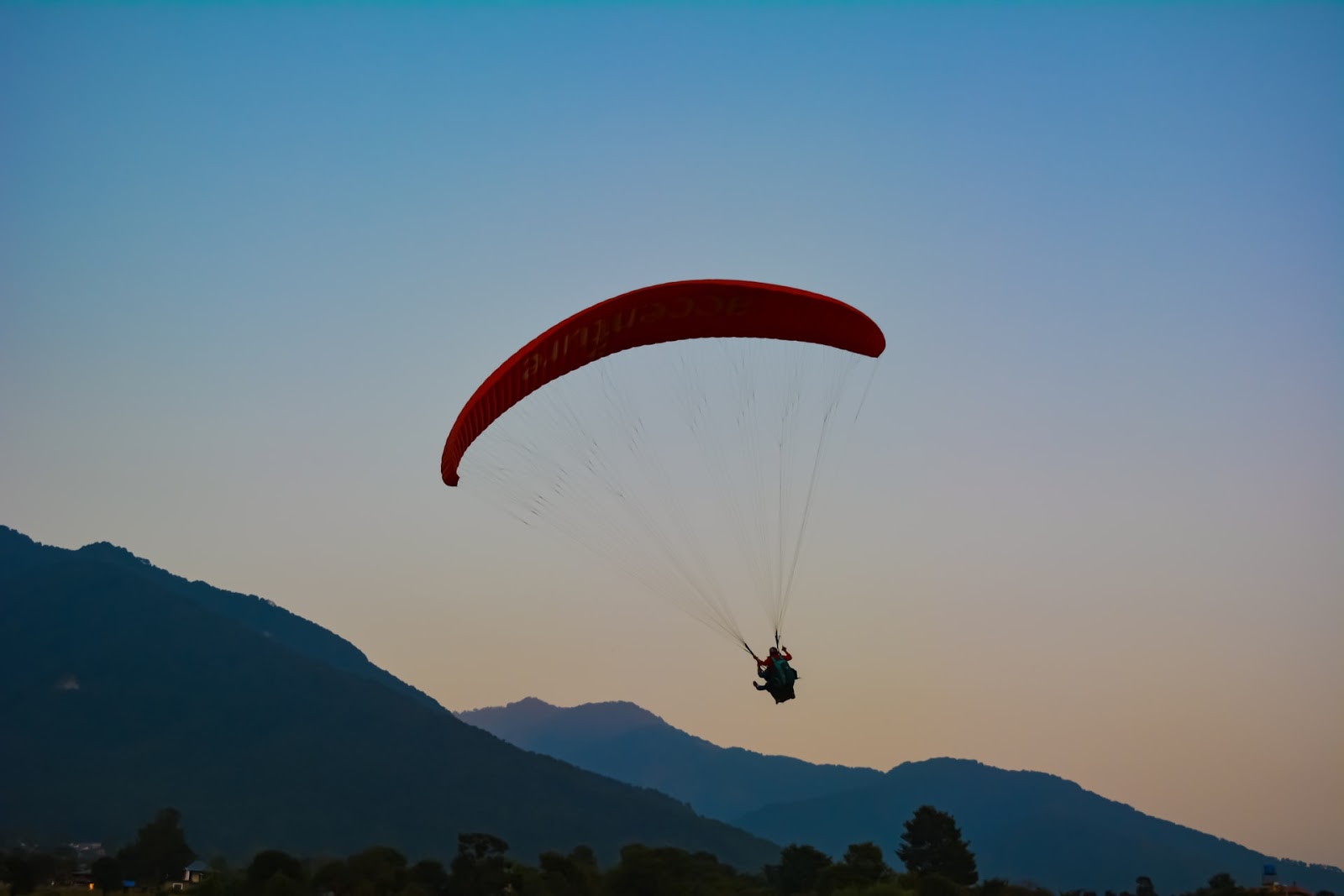 Bir Billing is one of the small beautiful hamlet in the Upper part of Bir. It is the main spot for the tourist attraction to Bir.

Bir Billing provides a spectacular view of the nearby mountain ranges. It is at an altitude of 2430 meters above the sea level and is the main highlight of the Bir Valley.

Bir Billing is about 15 km from the Upper Bir and is the main point where the paragliders take-off. It is on the upper side of main Bir and offers a mesmerizing view of the whole Bir Valley.

The Proper Bir is near about 550 kms from the national capital Delhi and on average the road journey takes around 10-13 hours. There are actually three primary routes you can follow to reach Bir Billing from Delhi.

How to reach Bir Billing from Delhi 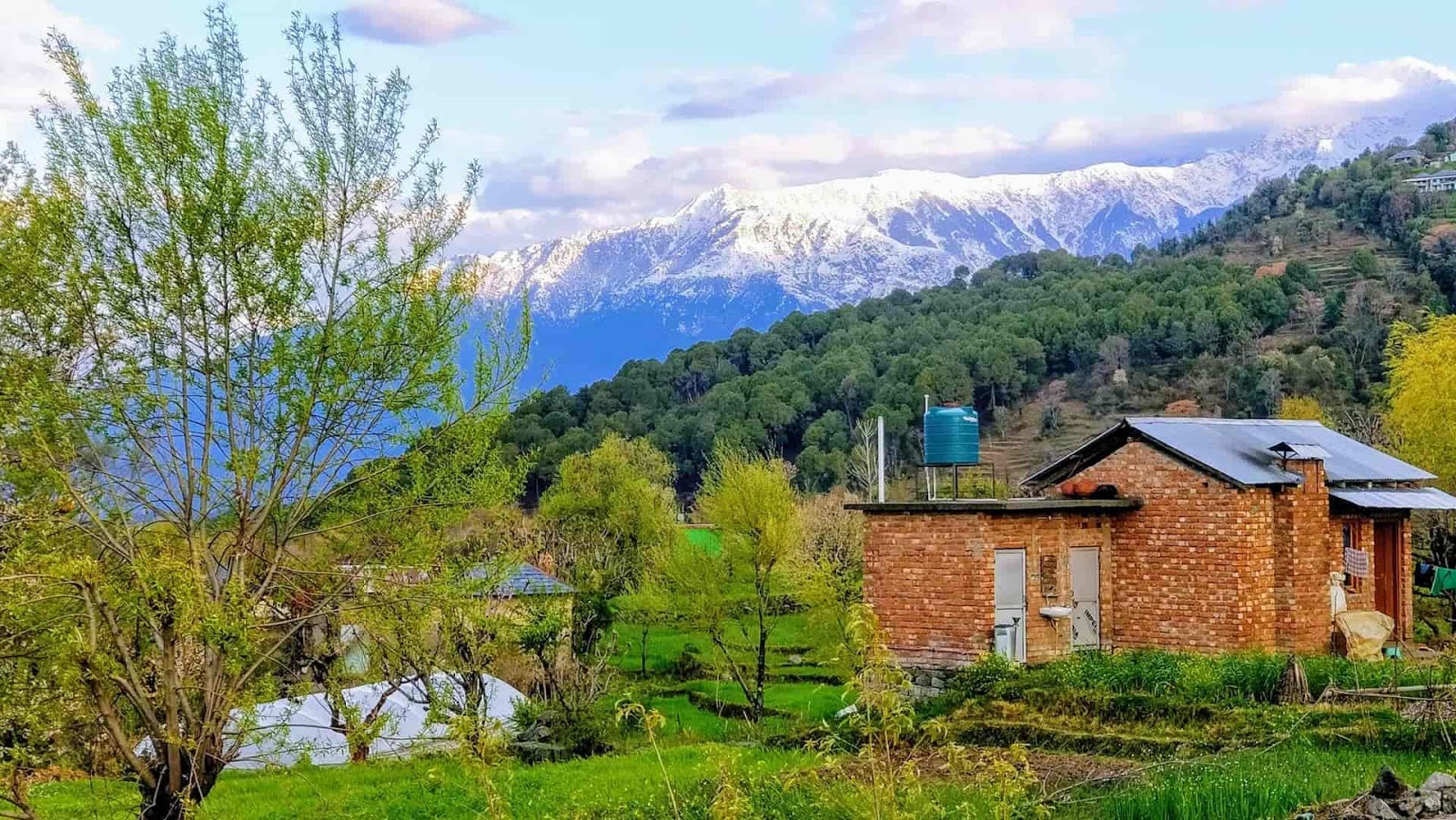 But to reach Bir-Billing(take-off site), you have to primarily visit Bir. Billing is about 15 km from Upper Bir, and no private and government buses operate at Billing. You can visit Billing only by your private vehicle or otherwise book a taxi from Bir.

So below we have discussed the various options to reach Bir Valley.

How to reach Bir Billing from Delhi by Road

Further Read: Ecotourism in India | All You Need to Know

How to reach Bir Billing from Delhi by flight

There is no direct flight connectivity to the Bir Valley. The nearest airport terminal to Bir is Gaggal Airport, near Dharamshala. For Delhi travelers, it is best to book a flight from Indira Gandhi International Airport to Gaggal Airport.

You can book domestic and economic flights for your trip. The frequency of flights at Gaggal Airport is limited and will cost you a lot more. So if you are on a budget friendly trip, then travelling by bus will be the best option for you.

After reaching the Gaggal Airport, there are two further options you can choose from:

How to reach Bir Billing from Delhi by train

There is no direct railway connectivity to Bir, the nearest local narrow gauge railway station is Ahju Railway Station. The Ahju station is only 5 km from Bir and has a limited frequency of trains coming here.

After reaching Pathankot, there are some options you can choose from:

The road journey to Bir Billing will take near about 10-13 hours. This long road journey is one of the best part of the trip.

Just imagine sitting in a car or bus and enjoying the beauty of the nature when the vehicle passes through hills.

The road remains smooth for most of the journey. Even in the hills the road is properly constructed. There are only a few bad patches between the route and majority of the road is in proper condition.

The best way to reach Bir Billing from Delhi is to book an overnight Deluxe bus from Delhi. This is the most convinient and budget-friendly option. Also, an overnight bus trip provides an amazing experience.

Why to Visit Bir Billing?

Bir Billing has several factors that contributes it with the title of “Best Paragliding Destination in India”. It is a heaven for paragliding lovers and many people from around the world visits here for paragliding.

This place has hosted India’s first Paragliding World Cup in October 2015, after which it gained massive popularity. Even it is regarded as one of the best paragliding destination in the Asia.

When you visit Bir Billing for paragliding, you actually visit a hamlet within the main Bir Valley. 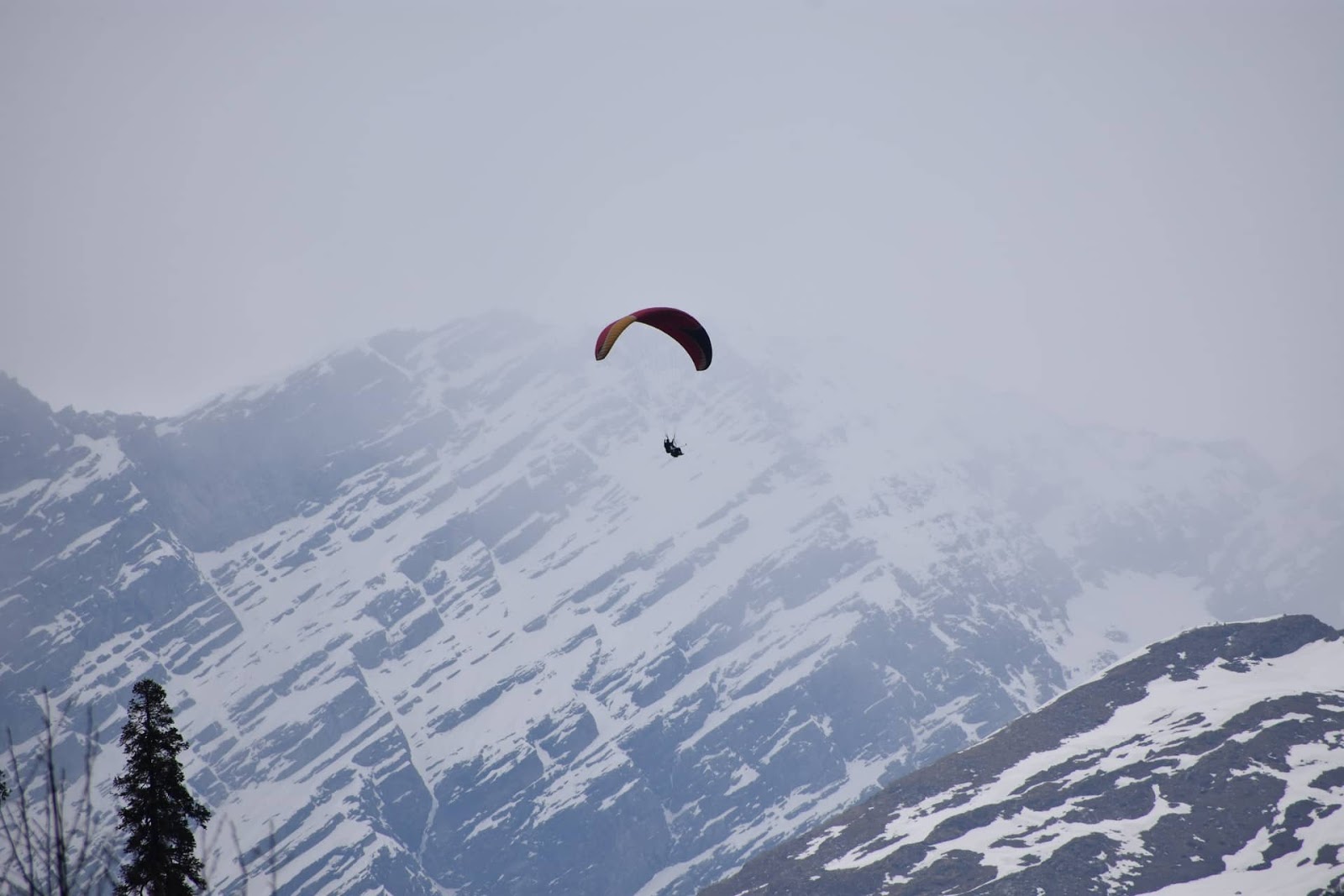 So discussing about the reasons to explore Bir Billing, we are actually talking about the various opportunities you can enjoy at Bir Valley.

Bir Valley is the right spot for ecotourism, meditation, spiritual studies, adventure activities. It has numerous things to explore such as the Chaugan(Tibetan Colony), Landing Point, several monasteries, cafes, offbeat locations and many more.

Things to do in Bir Valley 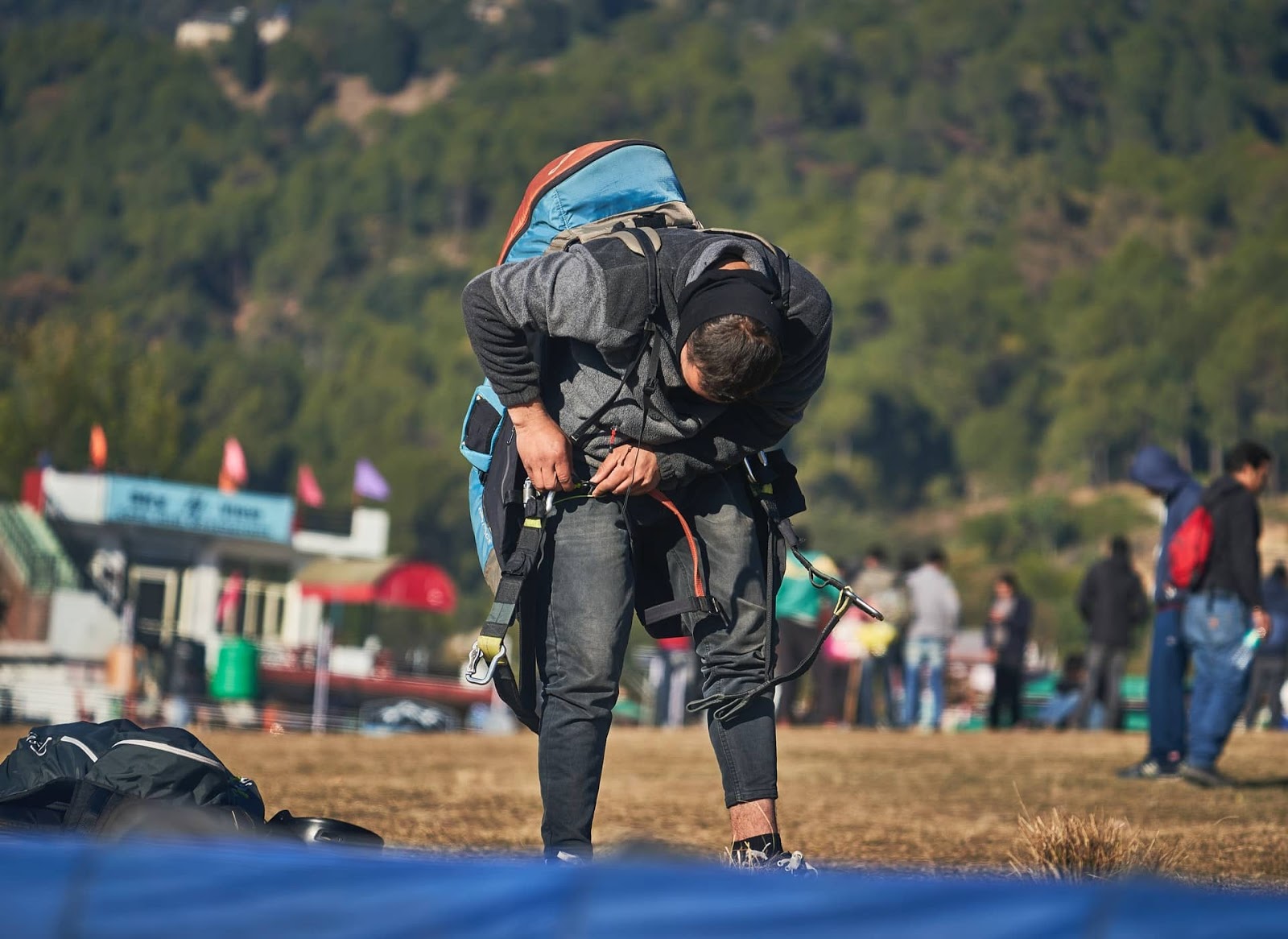 The Bir Valley is not limited only to paragliding, but there are several things that you can enjoy here. Some of things you can do in Bir Billing are described below:

The Bir Billing can be visited anytime throughout the year. The best time to visit Bir Billing depends depend on the type of the adventure activity you want to engage in. Every season in Bir Billing comes in their natural form.

Where to Eat in Bir Billing

Bir is a paradise for food lovers as well. Bir Billing holds the traditional Tibetan and Himachali Culture. So there are a wide range of Traditional, Indian, Tibetan and Chinese cuisines available here to enjoy. 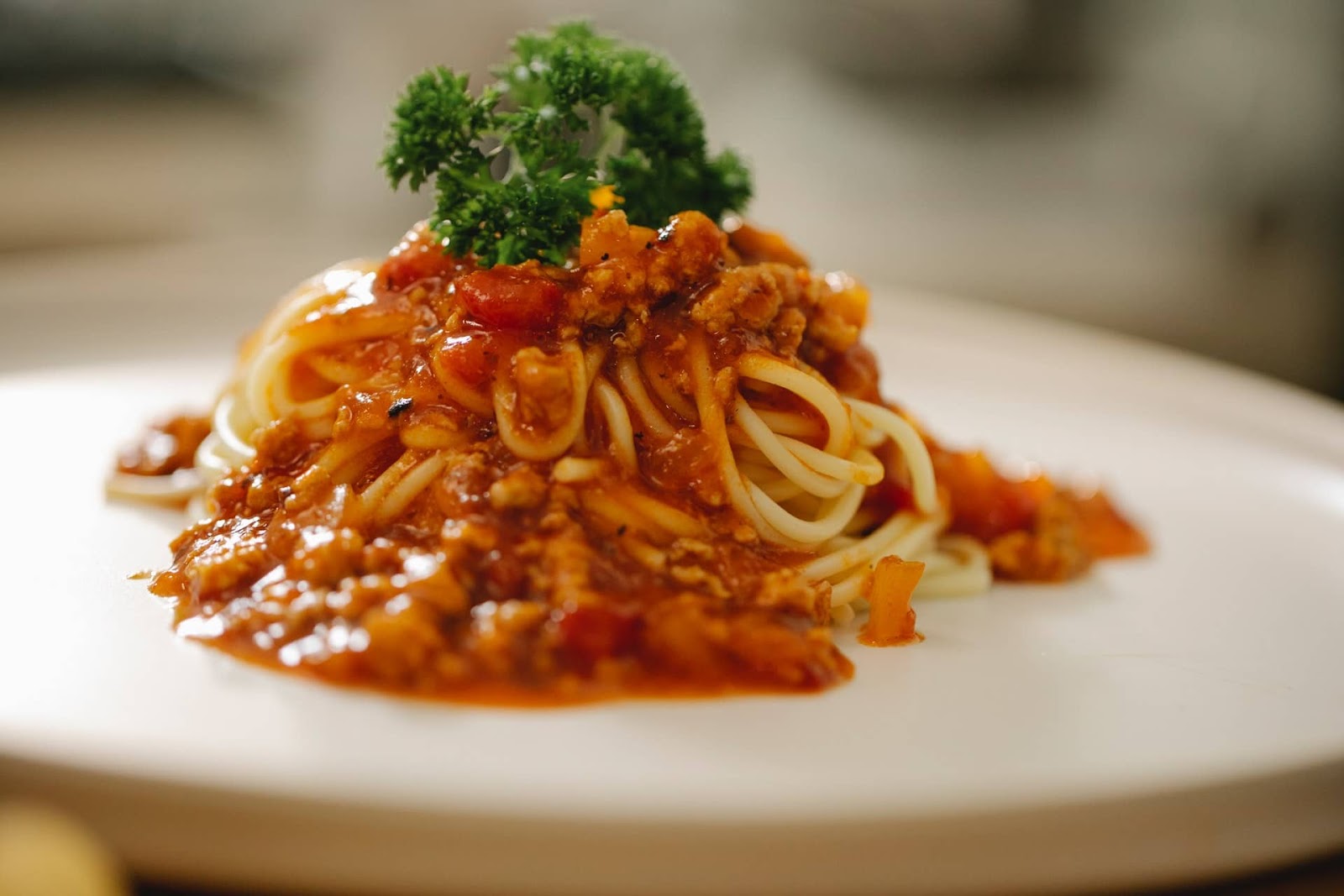 So if you are a food lover then don’t worry, there are many dishes you can enjoy here.

The wide variety of cafes and restraunts here serve quality food and assures best facility to the customers. To check a list of cafes in Bir Billing, visit tripadvisor.

Where to stay in Bir Billing

Bir has several hotels, guesthouses, homestays and campsites that you can stay at.mThe average accomodation rates may vary from 599 INR to 2499 INR.

If you are a metropolitan, then you should obviously opt for camping here to experience something new and far better than the city life.

Camping here gives a perfect opportunity to enjoy some time with no stress and worries, far away in the nature. himalayanfever Camps is one of the best camping sites in Bir that provides the best and convenient camping experience.